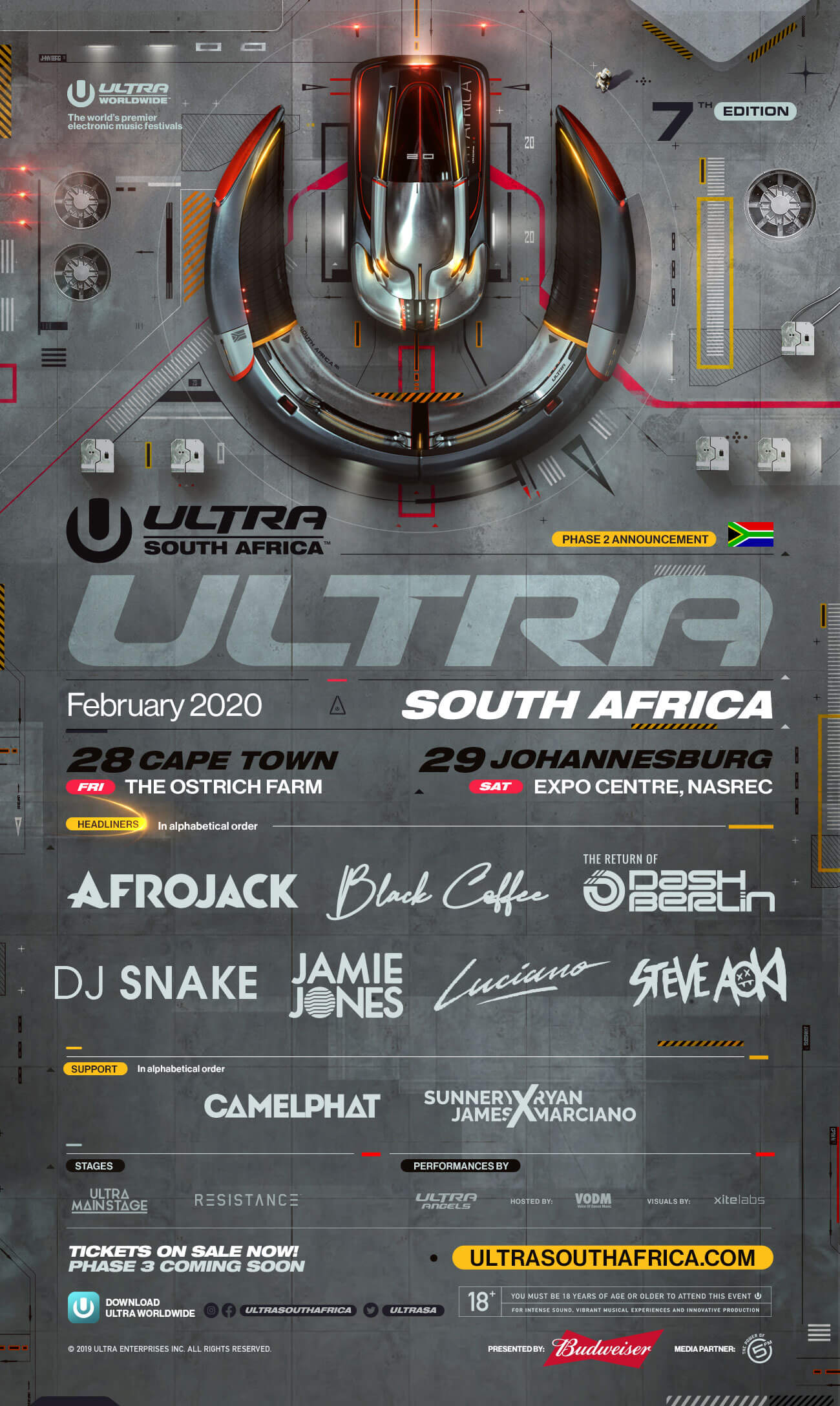 PRESENTED BY BUDWEISER
POWERED BY 5FM

Just a few weeks after announcing their massive Phase 1 lineup and selling out of Tier 1 tickets, ULTRA South Africa has unveiled even more starpower in their Phase 2 artist announcement.

Joining DJ SNAKE, BLACK COFFEE, STEVE AOKI, AFROJACK, and THE RETURN OF DASH BERLIN on the main stage, energetic house duo SUNNERY JAMES & RYAN MARCIANO will return to South Africa for the first time since 2013. Their performance will showcase their ‘Sexy By Nature’ brand, with its clear influences of Afro, urban, soul and funk combined to create one seriously sensational set.

RESISTANCE is ramping up hugely in line with international music trends, and with the Phase 1 announcement that JAMIE JONES will headline ULTRA South Africa’s RESISTANCE for his first-ever performance in the country, the additions of LUCIANO and CAMELPHAT are only adding to the heat.

LUCIANO is a Chilean-born house and techno legend, having influenced the scene for years, and, as a five-time DJ Awards winner and ten-time nominee, he has helped promote the underground electronic music scene in Chile and around the world.

British production duo CAMELPHAT are the biggest selling act on Beatport of all time and their new single “Rabbit Hole” is racing up the charts. The pair are riding the crest of an international wave right now, having recently sold out all five nights of their UK & Ireland tour.

Stay tuned for the Phase 3 artist announcement including the brand-new BudX stage, the return of the 5FM stage, and expanded production plans for 2020.

Tickets are available for purchase exclusively at UltraSouthAfrica.com/tickets